We excel at the following technologies:

Your company can achieve the following benefits by using Power BI for your digital marketing efforts:

Power BI is the perfect data visualization tool for marketers. ScaleupAlly, our Power BI Consulting Company, can help you make reports and dashboards in Power BI. The reports can help you:

BBJ&K has been in-charge of Wonga’s digital marketing efforts. The company has created Google and Display advertisements to promote the above three products of Wonga. Wonga has a daily expenditure model where Metrics such as Click Through Rate (CTR), Cost Per Click (CPC), Pay Per Click (PPC), Cost Per Impression (CPM), Cost Per Application (CPApp), and Cost Per Loan (CPLoan) are monitored. We track Metrics such as the number of applications received, and the number of loans granted. Loan application refers to the interest shown by a customer in applying for a loan. The number of loans refers to the number of successful loans dispersed.  All these measures are successfully tracked daily using customized Power BI dashboards created and maintained by ScaleupAlly. Given below are the screenshots of the dashboards.

CPC refers to the actual cost for each click in Wonga’s PPC marketing campaign. It is calculated by dividing the total cost of clicks by the total number of actual clicks. In this case, it is £13,096 on 12,848 which is £1.02.

The above screenshot is the dashboard tracking a total number of Wonga’s STLs, FL3, and FL6 applications from 1st April 2018 to 26th April 2018.  STLs are loans for less than a three-month time horizon. FL3 are three-month loans. FL6 are six-month loans. Wonga has received 335 STL applications, 331 FL3 applications, and 1,056 FL6 applications during this period. Thus there is are a total of 1,722 applications across all three categories. Of this, Wonga has sanctioned, 84 STLs, 108 FL3 loans, and 16 FL6 loans totaling 208 loans. The conversion rate for STL loans is 25.07%, 32.63% for FL3 loans and 1.52% for FL6 loans. Thus, we can see that the conversion rate of FL3 loans are the highest in this marketing effort of BBJ&K for Wonga.

Our team at ScaleupAlly can strategically plan, discuss, and develop visually stunning data-driven dashboards for your digital marketing efforts. As Power BI consultants, we are indeed skilled at using Power Query and DAX language to query data sources, sort, upload, and analyze the data and build reports with rich visuals. We offer services such as:-

Dashboards created by us using Power BI are:

Additionally, all this comes at a fraction of the cost you will currently be spending on other BI tools.

You can also get such powerful dashboards at competitive costs by engaging us. Drop us an email here. 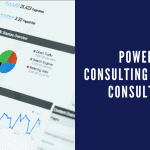 Why Power BI? Why Consulting Companies and Power BI Consultants are so happening? 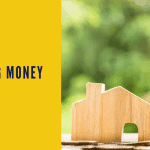 Warning: You are Losing Money by not Using Power BI 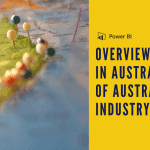 Search panel can contain any widgets and shortcodes.